In 1929, the world plunged into the most catastrophic economic crisis in modern history – the Great Depression.

The effect of the Depression on ordinary people across Australia was devastating. By the early 1930s, the official unemployment rate stood at over 33%, and poverty, homelessness and starvation were ubiquitous. Newspapers reported soaring suicide rates, thousands living in tent cities, and some families reduced to living in caves.

In the midst of all of this, communists and leftists across Australia formed the Unemployed Workers’ Movement. Within months, the UWM had over 70 branches across Sydney alone, and its members waged spectacular struggles for the right of the unemployed to have access to housing, food and the necessities of life irrespective of whether they could afford them or not.

In this episode we talk to acclaimed author Nadia Wheatley, who as a student in Sydney in the 1970s undertook path-breaking research into the UWM. Nadia talks about what led her to research the UWM, how the UWM organised, what it fought for, how the authorities reacted to its activities, and what it won.

You can find some of Nadia’s research about the UWM here and here, and her book The house that was Eureka here. 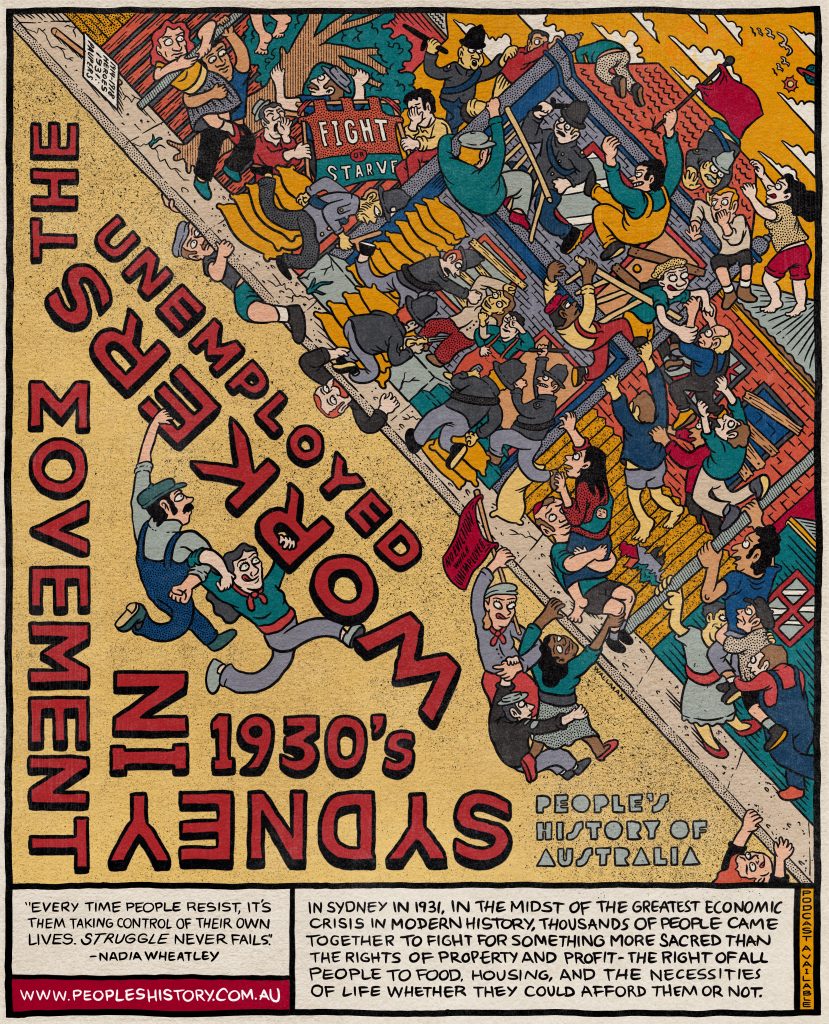