In December 1981, 300 women working at the Kortex textile factory in Brunswick, Melbourne, rose up against their employer and went on strike.

None of the women at Kortex had ever been on strike before, and few spoke English fluently. And yet over the next eight days, the Kortex workers defied violence and intimidation from their employer, the police, private security guards and the right-wing officials of their own union to win their strike and gain large pay increases and respect at work. In the process, they smashed gender and racial stereotypes that defined them as meek, passive, and easily exploited migrant women.

In this episode, we speak to Sandra Bloodworth, who as an activist with the International Socialists played a close role in supporting the Kortex strikers. We talk about Sandra’s politicisation in Queensland in the 1970s, how she came into contact with the Kortex workers and how the strike developed, the important part played by VTEB – the Victorian Turkish Labourers’ Association – and how the strike completely transformed those who took part in it, and what we can learn from this today.

You can find Sandra’s excellent article about the strike at Kortex here.

We’re also extremely excited to announced that we’ve just entered into a collaboration with the Workers’ Art Collective, who will be producing a poster to promote each of our episodes! The poster for this episode is courtesy of WAC member Nic Robertson. 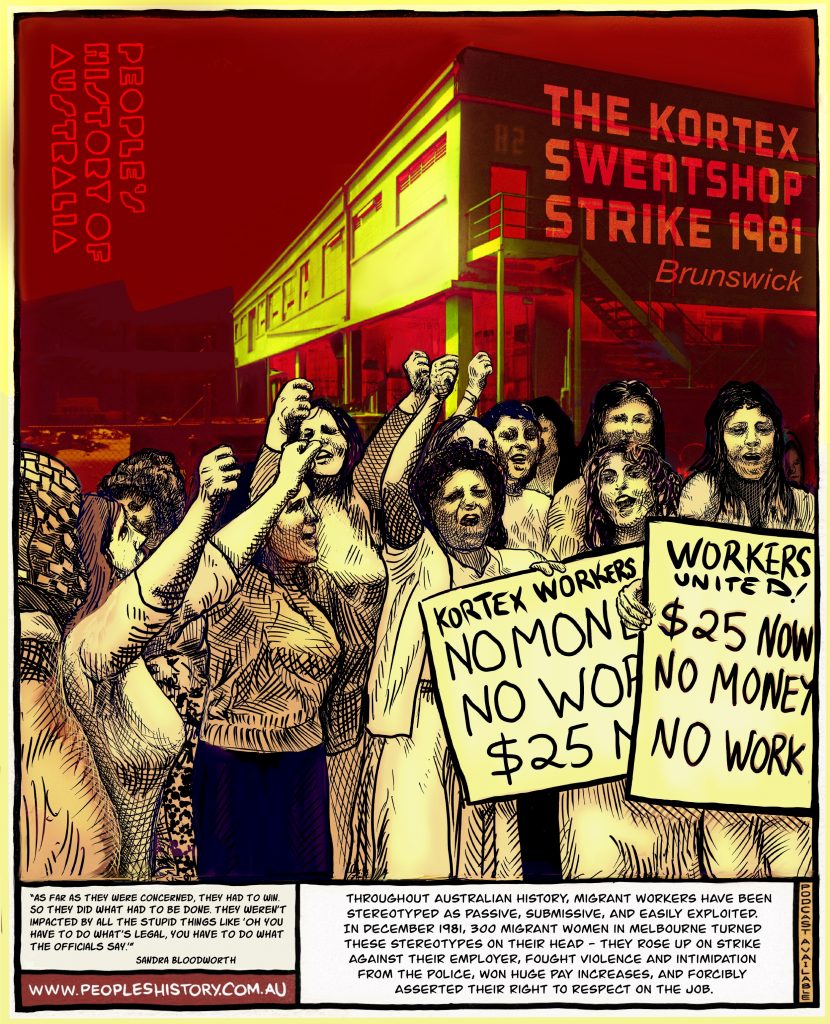