In May 1969, Clarrie O’Shea, the secretary of the Victorian branch of the tram workers’ union, was jailed for refusing to pay fines his union had been hit with under Australia’s repressive ‘Penal Powers’ laws.

Within a matter of days, over a million workers across the country had gone out on strike. Electricity and gas supplies were shut off, television was restricted to a few hours per day, wharves and mines closed down,  public transport ceased to operate and, for employers and the government, Australia seemed on the verge of what one newspaper headline proclaimed to be ‘INDUSTRIAL ANARCHY’.

Before a week had passed, O’Shea had been released from prison, and the penal powers, which for decades had seen unions fined millions of dollars for the simple act of calling a strike, were abolished, never to be used again. Strike days soared, wages skyrocketed, and workers across the country won conditions that we still enjoy today.

In this episode, we chat with Katie Wood, a union delegate and archivist at the University of Melbourne, who’s written and researched extensively about the O’Shea strike. Katie talks about the origins of the strike, how it unfolded, the terror that it caused Australia’s ruling establishment, what lasting gains were won, and what it all means to us 50 years later.

You can read Katie’s excellent article about the 1969 strike here, and you can check out the beautiful cartoon history of the strike by Sam Wallman that Katie refers to in the podcast here. 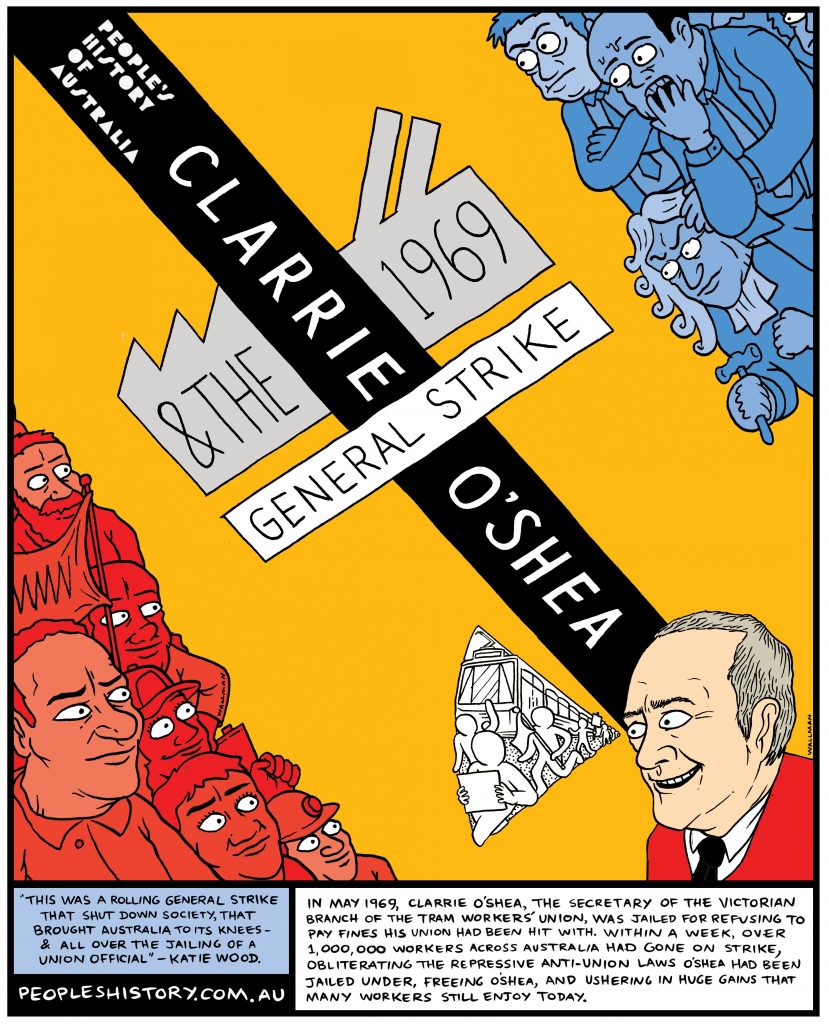