Episode 4 – The life and times of Nick Origlass, the Red Mayor of Leichhardt

In 1971, Nick Origlass, a Trotskyist revolutionary, was elected as the mayor of Leichhardt Municipal Council in Sydney – one of the most unusual developments in Australian political history.

Nick Origlass came of age during the Great depression of the 1930s, and was an indefatigable enemy of all forms of authority, and a lifelong believer that power should reside in the hands of ordinary working class people. His career took him from fighting the fascist New Guard in the streets of Kings Cross, to leading thousands of Balmain ironworkers on strike against their own union’s policy of sacrificing wages and conditions during World War Two, to attempting to turn Leichhardt Council into a directly democratic campaigning body that pioneered environmental activism in the 1960s and 1970s.

In this episode, we speak with Hall Greenland, Nick’s biographer, about Nick’s remarkable life, the events that he took part in, and the significance of all of this in 2020.

You can read more about Nick’s life in Hall’s biography of him, Red Hot.

We’re also extremely excited to announced that we’ve just entered into a collaboration with the Workers’ Art Collective, who will be producing a poster to promote each of our episodes! The poster for this episode is courtesy of WAC member Tia Kass. 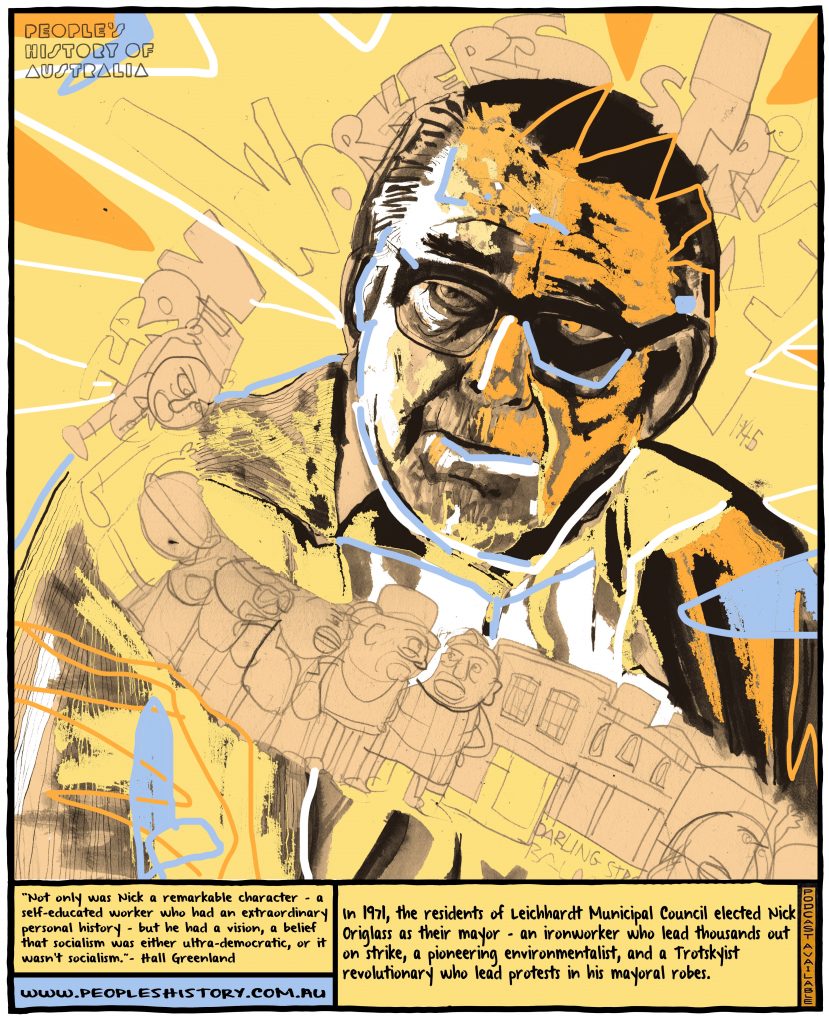